3P Biopharmaceuticals and Biosergen complete together the manufacture of biomass for the Mucormycosis “Black Fungus” clinical phase II trial.

3P Biopharmaceuticals has completed the manufacture of BSG005 biomass planned for its client Biosergen. The client also recently announced Phase II clinical trial of BSG005 against Mucormycosis, otherwise known as the Black Fungus.

[Noáin, Spain, July 11, 2022] 3P Biopharmaceuticals (3P), a leading organization specializing in the development of cGMP processes and manufacturing of biological products (CDMO) has completed the manufacture of BSG005 biomass planned for its client Biosergen. The client also recently announced Phase II clinical trial of BSG005 against Mucormycosis, otherwise known as the Black Fungus.

3P and Biosergen have had a co-operation over several years building a strong partnership from the early years of process development and has managed to bring the manufacture of the biomass from small scale to now large-scale manufacture close to commercial level.

The biomass is the end product from the fermentation of the bacterial strain developed for the purpose of producing the BSG005 molecule. Having biomass available is a prerequisite for having product available for clinical trials such as Biosergen’s mucor trial.

As novel fungicidal polyene antifungal product BSG005 is well-positioned to provide a broad single-product treatment alternative for life-threatening, difficult to treat, resistant, invasive fungal infections. Different to other polyene products, such as Amphotericin B or Ambisome, BSG005 is without any signs of nephrotoxicity. Mucormycosis falls into this category, as this fungus disease has a high mortality rate and only the polyene Amphotericin B has shown strong efficacy against this fungus. Therefore, as a novel polyene without nephrotoxicity BSG005 could become the drug of choice for the treatment of Mucormycosis.

Mucor fungal strains often establishes itself in the patient’s nose or sinuses and even in the eyes which over a matter of days have to be surgically removed to avoid the infection spreading to the brain, which leads to the high mortality or life-long disabilities. Mucormycosis can also be established on other organ systems in the body such as the lungs or intestines.

According to Peder M. Andersen, Biosergen’s CEO: “The completion of this manufacture at our partner 3P Biopharmaceuticals in Spain is a major step for Biosergen and our ability to get product available for our clinical phase II program which includes the mucormycosis clinical trial, which we are preparing now. We have been impressed with the co-operation with 3P Biopharmaceuticals from the early stages of development and till now where we have large-scale manufacture available. The co-operation on management level, on the operational project management level and also on the technical level have been excellent. Very professional and excellent communication. We look forward to a continued and expanded co-operation with 3P Biopharmaceuticals.”

About Biosergen
Biosergen is a clinical stage biotechnology company that employs all its organisational and financials resources on the clinical development of BSG005. BSG005 is a potentially disruptive antifungal drug with blockbuster potential based on significant safety and potency advantages over competing antifungals, including Amphotericin B, in more than a decade of preclinical studies. The research behind BSG005 and its unique properties has been documented in over 20 peer reviewed scientific papers. Biosergen initially aims BSG005 towards invasive fungal infections that claim the lives of hundreds of thousands of immune-compromised AIDS-, cancer- and transplant patients every year. At equal dose levels BSG005 shows a three-to-fourfold potency advantage against relevant fungal strains compared to current standards of care, while being completely free of the kidney toxicity hampering other drugs in its class. The Company is also developing BSG005 Nano where the drug is packed in special nano particles to specifically target the lung, often the first affected organ in an invasive fungal infection. BSG005 Nano Oral is an extension of BSG005 Nano. An oral formulation would greatly increase the usefulness, particularly as a prophylactic and as home treatment after transplants or cancer treatment to prevent invasive fungal infection. Biosergen has received orphan drug status for BSG005 in the United States.

Our dedicated team of specialists will be happy to discuss any of your biopharmaceutical needs. Contact us on +34 948 346 480 or email withinus@3pbio.com

3P Biopharmaceuticals, a Navarre company founded in 2007, met with 370 employees in an exciting and joyful event looking back over its 15 years of trajectory.
Read more 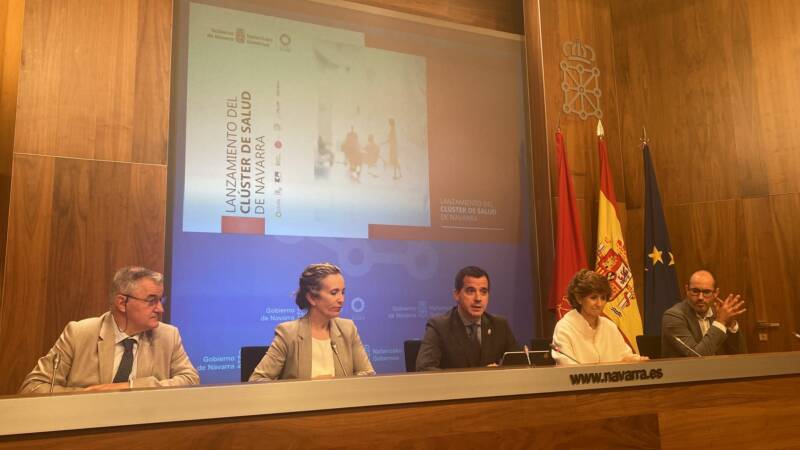 This morning, the Regional Minister for Economic and Business Development, Mikel Irujo, presented the Navarra Health Cluster, seeking to position the region as a European benchmark in personalized medicine, one of the priorities of the S4 Smart Specialisation Strategy. The initiative, which stems from the sector's demand and is led by a driving group, is now open to other companies and entities interested in participating.
Read more 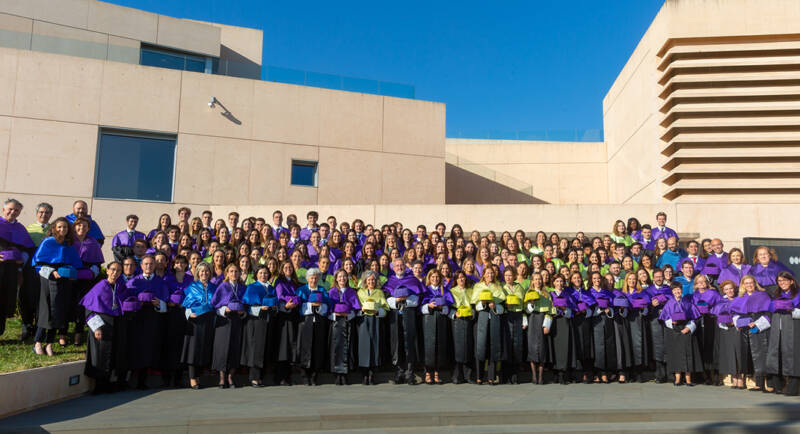 3P Biopharmaceuticals (3P), a leading contract development and manufacturing organization (CDMO) specializing in process development and cGMP manufacturing of biological products, recently awarded the best Final Project Degree (FPD) of Pharmacy. The award forms part of an agreement between 3P and the Faculty of Pharmacy at the University of Navarra promoting digital transformation and professional training within the pharmaceutical industry.
Read more